What's the Difference Between Robotics and Artificial Intelligence?

We often face the question whether robotics and Artificial Intelligence are the same thing or one of it is a subset of another. Let us find out below, the difference between robotics and artificial intelligence

It is Hollywood that is to blame! We have seen movies like Wall-E, Her, Star Wars, Terminator and many more where intelligent robots are shown with the ability to love, learn, emote, respond and create. Sometimes they surpass the intelligence of their creators, humans, which leads to human vs robots.

Of course, it is a work of fiction! While artificial intelligence is getting more and more real with each passing day, we are still far from creating robots that match the fiction. The closest we have come is with Hanson Robotics “Sophia” (a humanoid robot capable of showing human characteristics). Also, think of Siri or Watson as apps that humans can interact with in their own natural language. The app has a complex algorithm and a natural language interface to give a human-like interaction.

With all the new advancements in robotic processes and artificial intelligence, the fine line between the two is blurring at a fast rate and confusing people. For us, who deal with AI, there is no confusion.

In this post, we will take a closer look at artificial intelligence, robotics and what distinguishes them. Let’s get our basics right.

So, are robotics and AI the same thing?

NO. They aren’t. In fact they are two entirely separate fields of engineering.

However, artificial intelligence and robotics combine to create “Artificially Intelligent Robots” and that is why people tend to get confused and use it interchangeably.

Let’s break it down further.

What is Artificial Intelligence

As we have already discussed in the post on differences between AI, Deep Learning and Machine learning,

AI refers to the intelligence exhibited by machines or robots (like, problem solving and learning) using techniques or algorithms like search, logic, if-then rules, decision trees and machine learning (including deep learning). In short, AI has the ability to tackle learning, problem-solving, language processing and logical/analytical reasoning.

AI can be classified into two types: Applied and General AI.

Applied AI, also known as narrow AI, is when machines are designed to manage specific tasks. This is the most common form of AI we see today. On the other hand, general AI, improves the ability to think and learn. In short, while the former is defined as an application to enable a system that replicates human intelligence for a dedicated purpose; general AI is aiming to build ‘thinking machines’; that is, general-purpose systems with human intelligence.

The ability of AI is been used in many ways today. While a self driving car is an example of AI robot; search algorithm of Google or Amazon’s recommendation engine use AI as well (even though none of them are physical robots).

According to Robotiq, Even when AI is used to control robots, the AI algorithms are only part of the larger robotic system, which also includes sensors, actuators and non-AI programming.

The key difference between AI and normal programming is the “intelligence”. While non-AI programs can carry out a defined tasks (sequence of instructions), an AI program can mimic some amount of human intelligence and work autonomously.

Now that we understand AI, let’s try to understand the scope of robotics.

Robotics is a branch of engineering that deals with construction, operation and application of robots. These robots are programmable devices which are used to carry out a set of instructions. Some of these robots are more autonomous than others (which are semi-autonomous, example, Telerobots).

It might seem simple to spot something and term it correctly as a robot, but it is surprisingly difficult to define one. 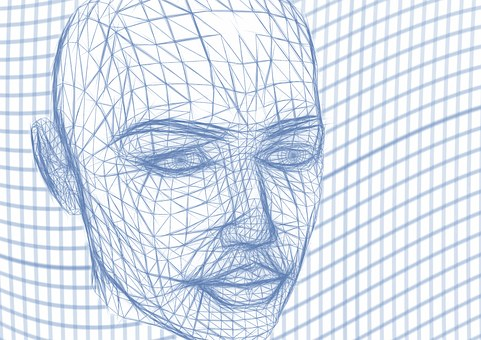 Jorden in an article on Motherboard, says he asked this simple question to many smart people and received answers that were filled with ambiguity. According to a few, robots should be able to “think” while one of them, Hartzog, advised against trying to define a robot. There is no standard definition of “think” in robots but it undoubtedly point towards some level of AI.

All this put together, we can understand that AI may be a part of programming stage in robotics but the latter also includes designing, building and non-AI programming. 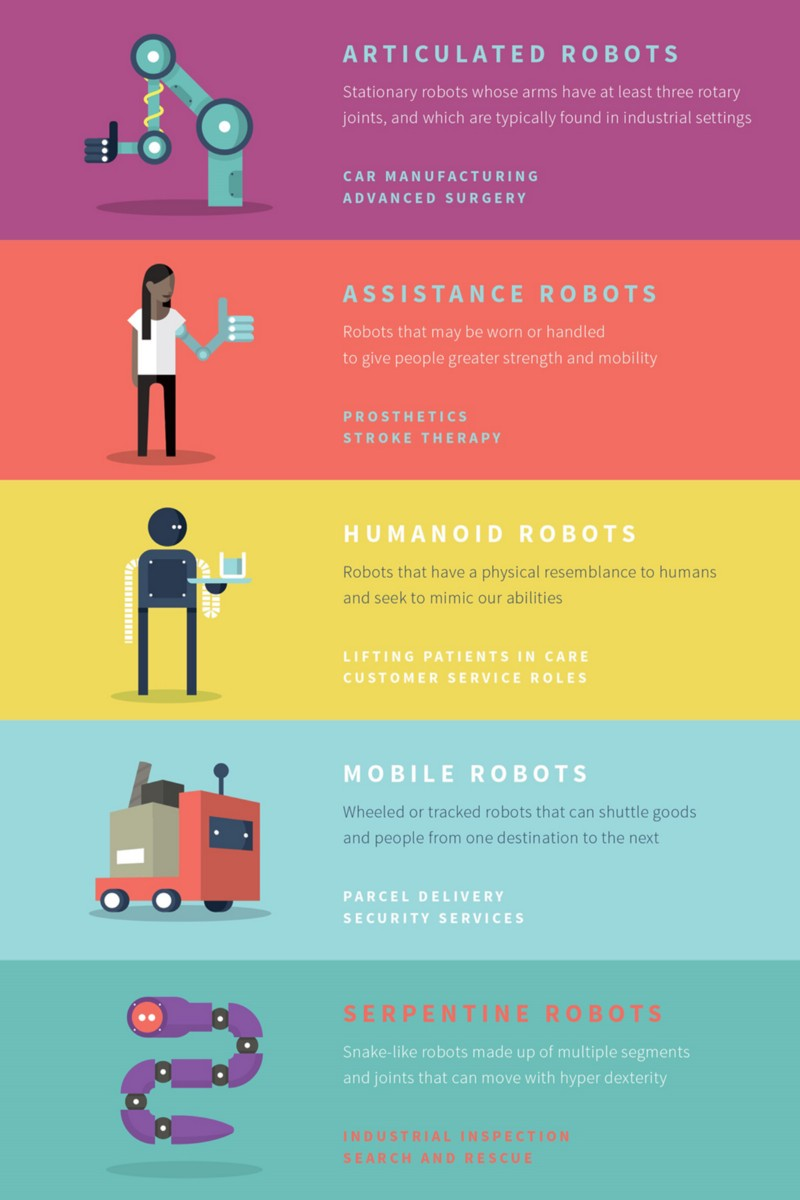 What are artificially intelligent robots?

Artificial Intelligent robots, as the name suggests, are the ones which combine capabilities of AI and a robot.

Most robots until a few years back were not artificially intelligent. For example, all industrial robots could only be programmed to carry out repetitive tasks. Repetitive movements is not artificial intelligence because they are limited to a set of instructions.

AI algorithms are necessary for robots to perform complex tasks. Let’s take an example of a robot which picks up one object and places it in another position. This is a repetitive task and does not require artificial intelligence.

Now, let's assume you want this robot to recognize objects and then place it in different locations depending on the type. This requires robot vision (which may use template matching), a characteristic that falls under the purview of AI.

Baxter is an excellent example of AI robot. It is re-programmable simply by movings its arm in the desired position instead of programming manually.

What is the conclusion?

AI and robotics are independent fields of engineering and the overlap between them is comparatively small.

While robotics include designing, building and programming robots, use of AI is not restricted to physical robots. It has a vast application in the field of computer science and is used for solving many more complex tasks. Some of the areas include command control, customer care (use of chatbots), virtual assistant (like Siri or Alexa), messaging applications (like Google Allo) etc.

If we had to sum it up, we say: While robotics involve building a complete robot, AI is all about programming intelligence (in a robot, device, application or others)

What do you think about this? Let’s talk about it in the comments section.