Is blockchain an answer to security concerns of (IoT)?

How can blockchain secure Internet of Things (IoT)?
Blockchain: Will it be a game-changer in securing IoT

Both combined, the expected growth would be exponential!

Before we jump into the discussion of how blockchain is used to secure the Internet of Things (IoT), we need to understand two aspects

What is blockchain technology?

As discussed by us in our previous blog posts, blockchain is an open source and peer-to-peer distributed transaction (or ledger) technology which can be accessed publicly or by a limited group of people

This is an example of how blockchain works - 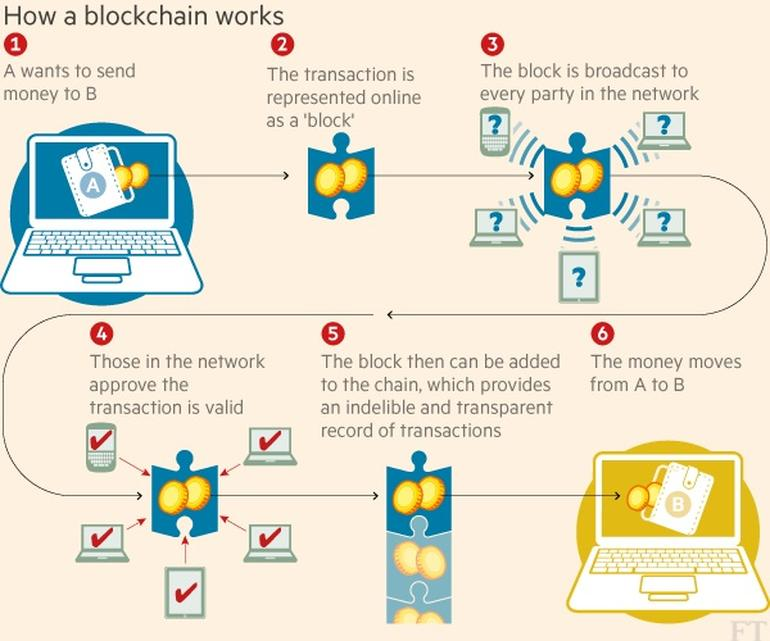 These specific features of blockchain make it a preferred technology today

When it comes to the IoT, in spite of all the advancements, security remains a top concern. as it exposes multiple devices, huge amounts of data, supply chain partners and community as a whole to security breaches.

For example, in the healthcare industry, wearable technology deals with an extensive amount of patient data which is critically important. With an increase in devices that monitor a patient’s real-time medical data, the entry points for hackers are on a rise.

The unprecedented distributed denial of service (DDoS) attack which involved approximately 100,000 compromised devices in the Mirai botnet reminds us of the state of IoT. You can read 5 scary examples of IoT hacking here.

Aaron Tan, in an article on ComputerWeekly, says that the problem is the security architecture of the IoT, an inherently distributed client-server model that uses a central authority to manage IoT devices, along with all the data generated across an IoT network.

Security architecture of the IoT

How does blockchain technology solve this problem and improves security across an IoT network?

By now, you would have understood where we are getting at.

According to Joseph Pindar, director for strategy at Gemalto, for IoT data to be trusted, all trust requests are aggregated into a single location, creating a single point of security intelligence. Meaning, all connections have to go through a central hub and this makes it easier to hack or be tampered with.

However, blockchain can help create a secured, shared platform (with no single point of control) which are independent of all involved parties. As discussed above, the risk of hacking is eliminated, because data is distributed at multiple sources.

If the primary problem with IoT is single location or centralization, blockchain is the ideal solution explains IoT expert Ahmed Banafa.

But, the question is how? So,

Are there any challenges in using blockchain for IoT?

According to Tyler Jenks, in an article on verypossible, Sometimes a family of devices may need a central control codebase to provide the proper business logic for the devices, whether it lives on one server, or is made to be distributed across the devices. In such circumstances, there would be a single point entry even after using blockchain.

Along with this, there are  few other challenges in implementing blockchain in the IoT. 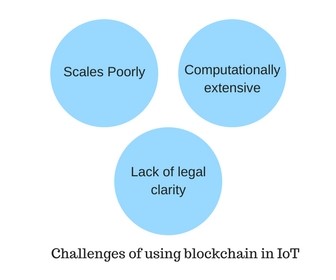 Challenges of using blockchain in IoT

Despite all of the challenges, it is estimated that by 2019 (in just a year), 20% of all IoT deployments will have basic levels of blockchain services enabled.

There is no doubt that the public ledger created in blockchain is tamper-proof because it does not exist in one location and man-in-the-middle attacks cannot be staged because there is no single thread of communication that can be intercepted. For now, blockchain looks like the answer to the security concerns in IoT.

What is your opinion on using blockchain in IoT? Are you planning to improve security with blockchain based IoT solutions? Are you performing any pilots in your industry? We would love to hear from you. Let’s talk about it in the comments section