Our people are our difference 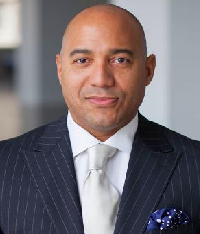 Dennis W. Archer Jr., Esq. is the CEO of Ignition Media Group, a leading integrated marketing agency, and president and founding partner of Archer Corporate Services (ACS). Archer's hospitality holding company, Congress Hospitality, is creator and managing partner of Central Kitchen + Bar, named by The Detroit Free Press as one of Detroit’s top restaurants of the year, within a year of opening.

Archer’s civic and philanthropic involvement includes Past Chair of the Detroit Regional Chamber Board of Directors where he also sits on the executive committee and chaired the 2016 Mackinac Policy Conference, and the 2019 and 2020 Detroit Policy Conferences.  In 2020, Archer was appointed Co-Chair of the Chamber’s Racial Justice & Economic Equality Committee, alongside Consumer Energy’s Patricia Poppe. He is a founder and the Chairman of the Paradise Valley Foundation and sits on the boards of the Jalen Rose Leadership Academy, Dennis W. Archer Foundation, Citizen Detroit, the Wayne County Youth and Senior Education Board.

Dennis Archer, Jr. received both his undergraduate and law degrees from the University of Michigan.
He also has a certification in the NMSDC Advanced Management Education Program from Northwestern University, Kellogg School of Management.

Dennis resides in Detroit with his sons Trey (Dennis, III) and Chase.